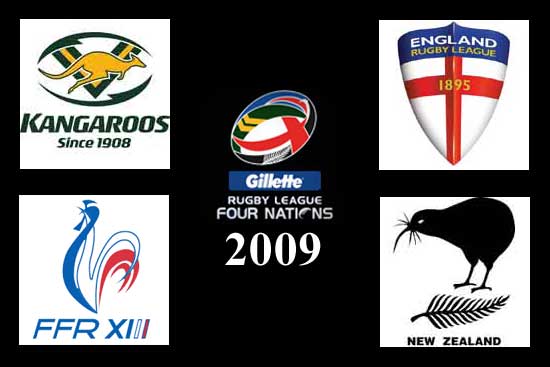 The Tri-Nations series was born in 1999 and was seen as a new way to get the best three rugby league nations, Australia, New Zealand and Great Britain playing against each other in a round robin tournament. After the dominance Australia showed in the 2000 Rugby League World Cup the Tri-Nations concept was shelved indefinitely.

After much lobbying from Wayne Bennett and the absence of a World Cup in 2004 the Tri-Nations tournament was reborn. The format was changed so all teams played each other twice. It breathed life back into a stale international scene and became a highly successful tournament. The Tri Nations series was also played in 2005 and 2006.

After the highly successful 2008 RLWC and the improvement shown in international depth the Tri-Nations was expanded and became the Four Nations in 2009. Great Britain was replaced by England and France became the 4th Nation.

In 2011 Wales became the 4th team after defeating France in the final of the European Cup.

After Australia complained about player burn-out it was decided that the Four Nations series be put on hold until after the 2013 Rugby League World Cup.

The next four Nations series is expected to take place in 2014. 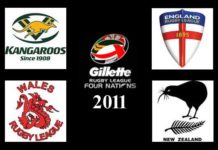