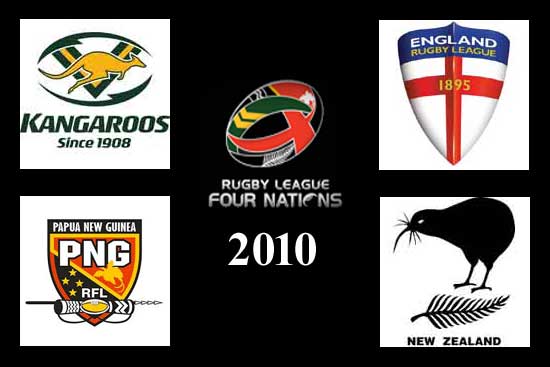 2010 Four-Nations Snapshot – The 2010 Four-Nations was the 2nd instalment of the expanded tri-nations competition. With the ongoing improvement of 2nd tier nations, the new tournament created a platform for those nations to play against the big three. The Four-Nations took place in Australia and New Zealand in October / November 2010. The 2009 Pacific Cup winners Papua New Guinea secured their place as the fourth team in the tournament.

The format saw each team play each other once in the pool rounds with the top two nations contesting the final. Wellington’s Westpac Stadium hosted the opening game where the Kiwis beat a young English team. While the following day Australia were easy winners against a physical but inexperienced Kumuls side.

A week later Melbourne’s newly opened rectangular stadium played host to the Australian v England match. England had showed signs of progress but failed to string it together for 80 minutes. Australia ended England’s hopes of making the Four Nations final and continued England’s recent bad luck in Melbourne. The next day over in New Zealand’s Rotorua International Stadium the Kiwis piled on the points against Papua New Guinea.

In the 3rd week of the competition all teams played in a double header at Eden Park in Auckland. The first game saw England notch up their first win of the series against Papua New Guinea. The second match saw the two teams who had already made the final, battle it out for bragging rights. At a packed Eden Park Australia were booed during the national anthem. It must have fired up the Aussies as they piled on the points against the Kiwis to silence the crowd for a short time anyway. When the game was well out of reach for New Zealand parts of the crowd turned hostile and at one stage bottles were being thrown at Australian players on the field. In the end the Australian’s kept their cool and went into the next week with a win and a mental advantage over the Kiwis. 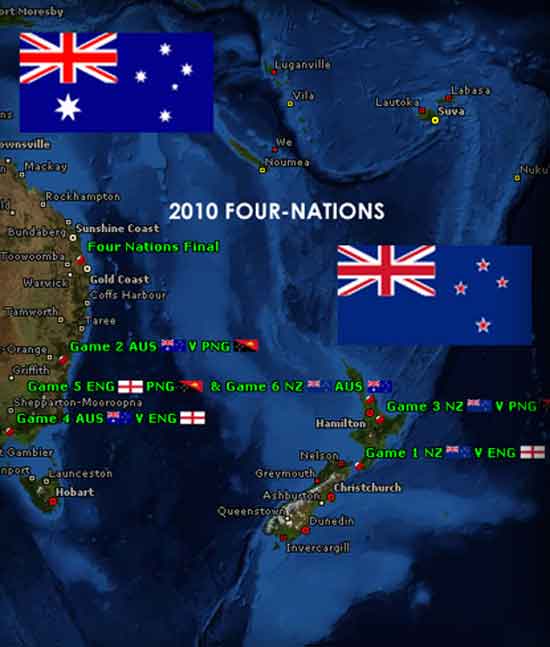