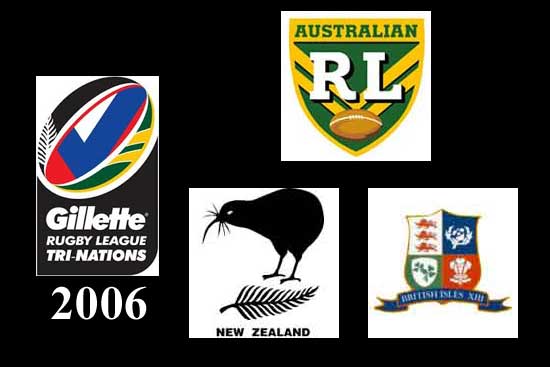 2006 Tri-Nations Snapshot – The 2006 Tri-Nations series was played in Australia and New Zealand. The media activity surrounding the tournament was phenomenal. From Willie Mason knocking out Stuart Fielden to Nathan Fien and the Granny Gate affair, the series had it all! The highlight of the series was the final between Australia and New Zealand. At full time the scores were locked at 12 all. In the 2nd period of extra time the deadlock was broken when Australia scored under the post via some Darren Lockyer magic. Media reports proclaimed it as the best game of International Rugby League in recent times. The series was a huge success with a record breaking crowd of 44,358 at Suncorp Stadium to see Australia take on Great Britain. 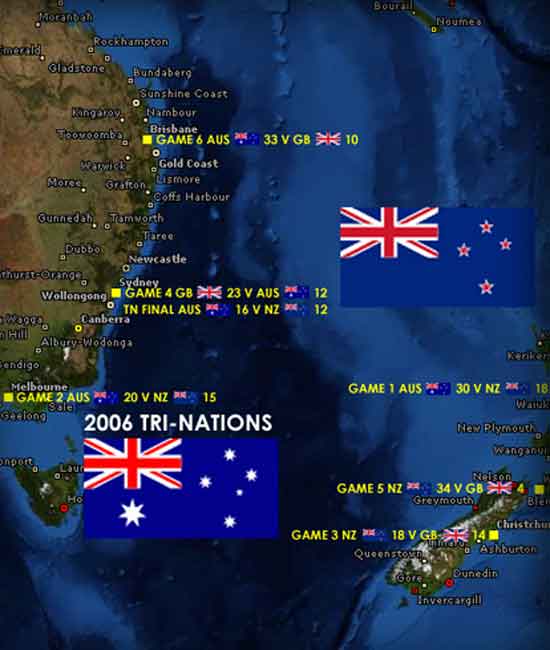 * NZ received the penalty for fielding an non NZ player.