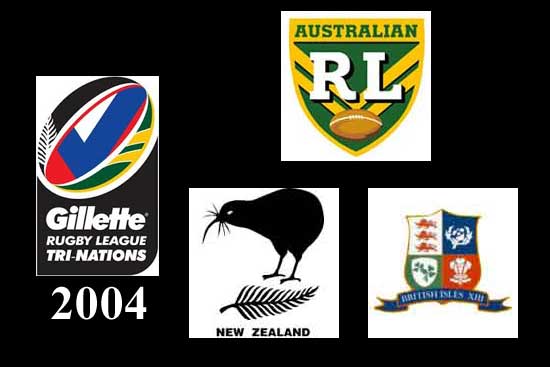 2004 Tri-Nations Snapshot – The Tri-Nations series was restarted in 2004 in place of the World Cup. The format had changed from the 1999 series with teams playing each other twice. The first game kicked off in Auckland with Australia and New Zealand drawing the game 16 all. The games in the UK were well attended. In front of a packed house at Wigan, Great Britain defeated Australia 24 -12. The following week Great Britain scraped home against New Zealand at Hull to secure a spot in the final. In the week leading up to the final the UK media had been talking up Great Britain’s chances of winning the series. In front of a sell-out crowd at Elland Road Leeds, Great Britain fell apart and could not live up to the hype when they were humiliated by Australia 44 -4.