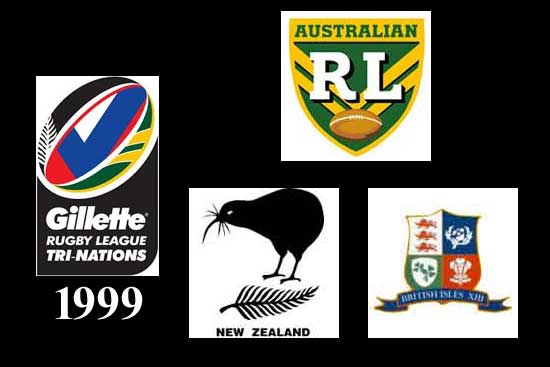 1999 Tri-Nations Snapshot – The 1999 Tri-Nations series was the first of its kind for rugby league. All teams played each other once with the top two playing each other in the final. New Zealand got off to a great start at home by causing a upset when they beat Australia 24 – 22 in Auckland. In game two the touring Great Britain side were demolished by Australia 42 – 6 at Suncorp Stadium, Brisbane. In Auckland the following week New Zealand rapped up the top of the table by sending Great Britain home winless winning 26 – 4. The final was a tight game with Australia scraping home 22 – 20 in Auckland. The series was a success with New Zealand proving Australia were not unbeatable. The series was played as a lead in to the 2000 Rugby League World Cup. 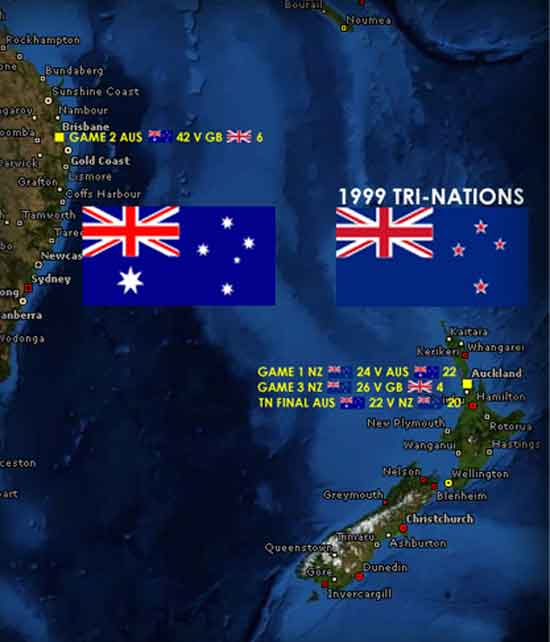