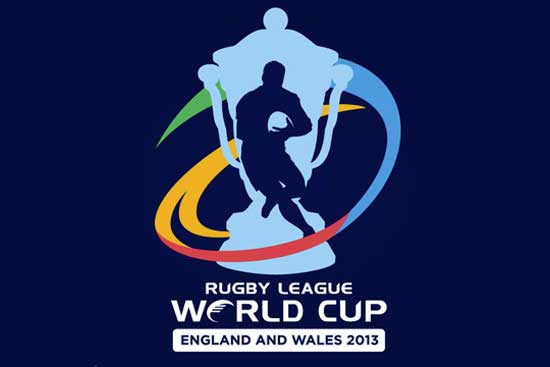 Host town Wrexham will celebrate St Davidâ€™s Day in style as the Rugby League World Cup 2013 trophy embarks on a mini-tour of local schools and events.

The feast day of the Patron Saint of Wales falls on March 1 each year, and a bumper day of celebrations has been planned as the nation prepares for this yearâ€™s tournament.

The trophy arrives at Glyndwr University first thing in the morning for the Vice Chacellor’s Annual Report Launch, before being whisked away on a whistle-stop tour of the local area.

Later in the morning, the trophy will be present at Darland High School, Holt CP School and Madras Primary School, before heading to the town centre for the festivities of the St Davidâ€™s Day Parade.

Wales and Wigan Warriors star Gil Dudson says he is hoping to be able to count on vociferous home support at the tournament, as Wales take on the USA at the Glyndwr University Racecourse Ground in Wrexham on November 3, the Cook Islands at The Gnoll in Neath on November 10, and Italy, as part of the RLWC2013 Opening Ceremony at the Millennium Stadium in Cardiff, on October 26.

And he believes that the trophy can help rally support ahead of RLWC2013.

Dudson said: â€œItâ€™s fantastic that the trophy will be down in Wrexham on St Davidâ€™s Day, and I hope local people take the opportunity to get a little closer to it.

â€œWeâ€™re very keen to rally support ahead of the tournament and get the people of Wales behind us for the matches we have down there.

â€œItâ€™s nice to the trophy being used to promote the tournament and I hope it makes a big impression on people in the local area.â€

Wales will be making only their fourth appearance at the tournament, having failed to qualify for Rugby League World Cup 2008 in Australia.

And Dudson says the team is desperate to make the most of this Autumnâ€™s opportunity.He said: â€œWeâ€™re not there just to make up the numbers. We want to be competitive and we want to progress as a team.

â€œThe games we have are winnable and our preparation as a team over the last few years has been spot on.

â€œWeâ€™re a close-knit bunch, thereâ€™s a real club mentality, and that solidarity will serve us well at Rugby League World Cup 2013.â€