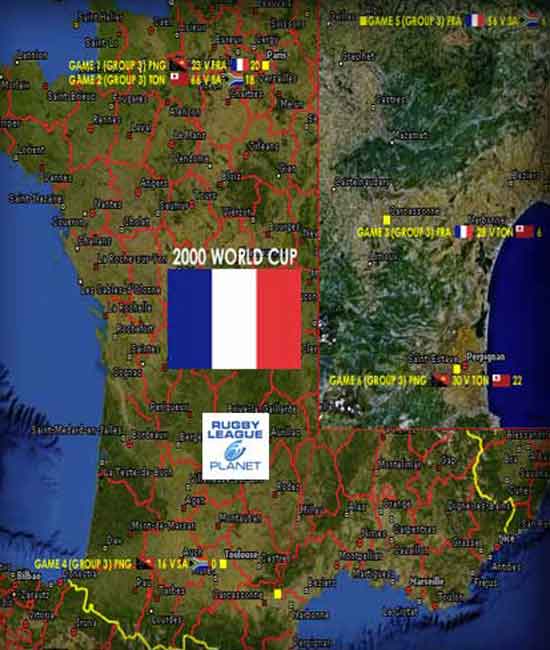 2000 World Cup Snapshot – The 2000 World Cup saw an unprecedented 16 teams compete in 4 Pools. Even though the World Cup final attracted over 44,000 spectators, the tournament as a whole was marred by disappointing crowds and lopsided score lines. For all its failings the World Cup did produce some exciting games and provided the launch pad for the domestic competition in Lebanon today. The semi final game between Australia and Wales was a highlight with Wales leading Australia at half time. In the end Australia had won the World Cup for the 9th time beating New Zealand 40-12 in the final at Old Trafford.

The 2000 Rugby League World Cup was played in the Great Britain and France. 16 teams were split up into four groups of four teams. 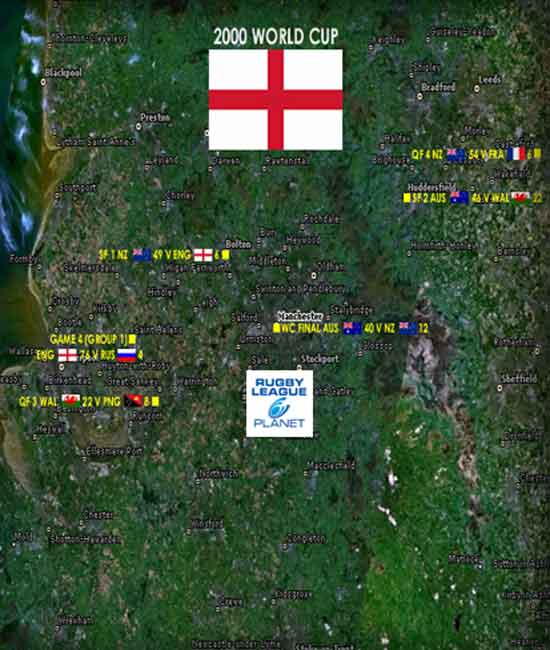 The biggest upset in Rugby League World Cup History nearly took place when Wales were leading Australia at half time in the Semi Final. Once again the Australian’s fitness took hold in the second half and luckly for Australia, Wales could not hold onto their first half lead.

The 2000 RLWC saw New Zealand take part in a World Cup Final for only the second time. Played at Manchester all was looking good for the Kiwis with just under 15 minutes remaining. Australia were just ahead by 4 points (18 – 12). Then the Australian’s superior fitness took hold and the Kangaroos ran away with the game.