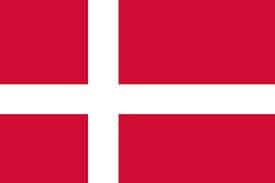 Copenhagen RLFC sponsored by The Black Swan Beer Bar Copenhagen is the first Rugby League Club to be formed in Denmark. 2013 sees the inaugural season from the club which will compete in a league against 3 southern Swedish clubs from March – May. Denmark and Sweden have always enjoyed a fierce rivalry and the introduction of 4 new clubs competing against each other for the first time is an exciting prospect.

Copenhagen RLFC will also be playing fixtures against Danish rivals Jutland RLFC (also in their inaugural year) in a much anticipated ”State of Origin” style series.

The club is vital for the continual growth of the game in Denmark; which in its infant stage has already tasted success at an International level; winning the Nordic Cup against Scandinavian rivals Norway and Sweden in their first attempt in 2011.

Copenhagen RLFC has attracted players based in Copenhagen from all over the world and is showcasing the ”greatest game of all” to a hungry Danish audience which has seen many native Danes take to the game with great passion.

Copenhagen RLFC is committed to recruiting local Danes as well as International players to ensure a healthy future for the club and Rugby League in Denmark.
You can follow the club on their Facebook page – http//:www.facebook.com/CopenhagenRlfcand their website http://www.crlfc.com/