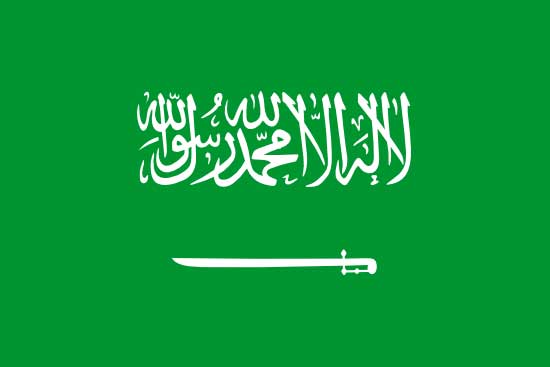 Lebanon and Saudi met for the first of an expanded regional championship that will feature two games yesterday. The sides were locked at 22 all last year and bragging rights were firmly up for grabs this time round. Lebanon won the toss and elected to kick.

The tone was set with the very first tackle of the game when the Lebanon forwards hit the Saudi prop with a massive impact right off the kick-off. The Lebanon pack quickly got on top forcing a handling error giving them great field position. From the resulting set of six Lebanon barged over and converted the try for an early six nil lead. The intensity continue after the Saudi restart with fullback Salah Madhoun performing a monster hit on the Lebanese centre to recover possession. Saudi spread the ball out to the opposite flank for winger Bradley Ellis to crash over.

The Camels could not keep their momentum as they knocked-on straight from the kick-off and once again Lebanon exploited their field position to crash over and restore their 6 point lead. Saudi attempt to battle the Lebanese pack down the middle of the park but lost centre Michael van Greunen to a concussion and whilst down to 12 men Lebanon were able to create an opportunity from a crafty kick to put themselves in the driving seat at 16-4.

The intensity of the game threatened to spill over with Saudi losing a player to the sin-bin in the midst of ferocious tackling but despite the disadvantage stand-off Ahmed El Obeid danced his way over before Kareem Selim added the conversion. Lebanon’s hooker skilfully pushed their large pack around the pitch dominating with a insightful short passing game. Lebanon breached the Camels line once more before Karim Baassirri replied out wide to leave Lebanon in a 20-14 half time lead.

The second half continued as the first left off with a titanic physical battle resuming in the centre of the pitch. Scrum half Kareem Selim was the first casualty being taken off with a shoulder injury but both sides were exchanged bone shaking hits.

Lebanon demonstrated their ability behind a dominant pack by exploiting a slow saudi defence to score on the blind side. Despite losing two more players to injuries Saudi struck back through Rackan Al Moukhtar but a late Lebanese try sealed a deserved 30-18 victory. This was the first Lebanese victory over the Saudi team in 4 years and set down a powerful marker for the Camels. The two teams will meet again on Saturday when Lebanon will look to defend their 12 point lead and claim the U18s championship.

The Camels returned to the AUB field eager for revenge on saturday but the Cedars were keen to complete their first ever double at U18s level. The game started in similar fashion with Saudi gifting the Lebanese an early try through a poor kick-off set.

From here the next 30 minutes was all Saudi. The Camels pack got on top of their bigger Lebanese counterparts through hard work from Amr McTeen, Omer Rathore and Ahmed El-Meligy. Saudi’s backline missing an injured Kareem Selim was bolstered with the return of Kweku Ofori-Darko who added a new dimension to their attack. A great run and offload from Muhammed Sillah allowed Ahmed Elobeid to cross for his first try. Minutes later Rackan Al Moukhtar picked up the ball from the base of the scrum and burst through the Lebanese line to score.

Despite spurning a few chances to score The Camels extended their lead when a lovely chip through from Kweku was collected by El Obeid to score his second. Kweku added the extras to leave the Camels 16-4 up. Silly penalties cost Saudi again as they gifted field position to the Cedars allowing them to score just before half-time. The game was poised at 16-8 (34-38 on aggregate).

The second half was a titanic struggle with Lebanon striking first as they moved the ball out wide for their left centre to score a good try. The Camels drove up the pitch again and stand-off Elobeid skipped and danced his way through to score his hat-trick under the posts. Saudi led 22-14 with fifteen minutes to go.

Unfortunately some contentious decisions put saudi on the rack as they were reduced to 12 men. Lebanon took full advantage as they barrelled their way through from a tap penalty. Another flare up in centre field sent two more players to the sin-bin as the passionate game threatened to boil over. It was Lebanon who kept their heads to score a nice try after a grubber kick through the line to seal a famous double 26-22.