With the recent formation of the Western Province Rugby Football League (WPRFL). The great game of rugby league continues to spread across South Africa. Denzil Watson provides and insight into the establishment of Cape Town Buccaneers RFLC

The year of 2012 has seen the second coming of rugby league in Cape Town. A few Old Boys under the leadership of Peter Mcivers formed Western Province Rugby League the body that is responsible for all rugby league activities in Cape Town.

it was decided to esablish clubs in various regions of Cape Town and each of the Old Boys was assigned to a region to develop rugby league in that area.

It is indeed an honor and a privilege to have been part of the historic occasion when the Cape Town Buccaneers was established. 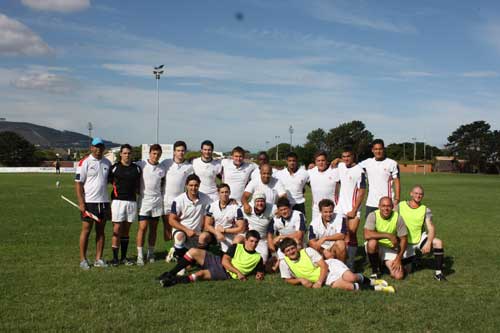 I am confident in the team that has been elected to take this club forward as I am certain they will be successful in their endeavors.

Our motto for the first three seasons is that Great things have smalll beginnings. Our focus is to make this club sustainable to ensure that when the next generation step onto a rugby field that one of their choices will be the Buccaneers RFLC.