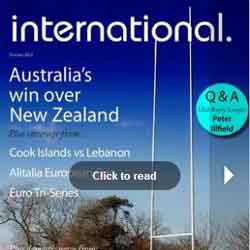 Rugby league has continued to grow at an ever impressive rate over the past decade. As much as we could fill this magazine with historic pieces from France in the 1950’s, or from Italy in 1960’s, we will take a positive approach to showcasing the great accomplishments of many, across numerous countries, all in the name of rugby league.

This first edition features some exciting previews and reviews on matches and tournaments held across Europe, Australia and North America. In coming weeks we will see Thailand take on the Philippines, Vanuatu host Greece and matches in both the European Cup and European Tri-Series continue to be played. Such match reviews will feature in our November edition.

But before you start flicking through our first edition, why not meet the team?

I would like to introduce firstly Richard Cowley of Rugby League Planet. The idea of this magazine was brought forward to Richard only a matter of weeks ago. Typical of Richard, he was very welcoming to the idea of producing an international rugby league magazine in tandem with myself. Richard brings a wealth of knowledge when it comes to rugby league and the partnership with Rugby League Planet is one of incredible importance.

The next writer may be young, but his enthusiasm and eagerness is hard to match. Sam Sears founded the USA Rugby League Podcast, a project that has rapidly increased in professionalism, listenership and global reach. Sam’s contribution is invaluable to the team, and I’m sure his monthly Q&A’s with intrigue many.

Mark Roberts will express his views each month in a piece called “From the Outside Looking In”. Mark’s piece will cover a hot topic each month, in which Mark will give a common sense response. Mark may not be the world’s biggest rugby league fan, but he does love his footy. And his ability to cut the nonsense and give a common sense opinion, without being emotionally attached, will be interesting to say the least.

Finally a particular individual, known only as Shamrock, will give us his monthly rant. Whether you agree or not, Shamrock’s Rant is sure to raise a few eyebrows in the rugby league community.
Starting from next month, we will also feature a “Letters to the Editor” style article. So if you’ve been to a game, watched one on TV, or heard something along the grape vine, please send your letters via email.

Once again welcome to the first edition . On behalf of everyone involved, happy reading! 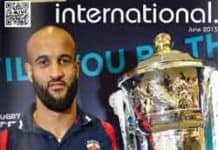 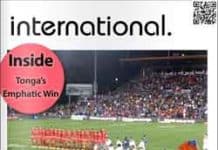