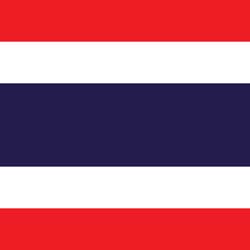 RLP: How did rugby league in Thailand start?

AC: Well, I was covering the Cabramatta International 9â€™s tournament last February in Sydney for a Philippine Sports Newspaper that I was working for and got to meet the staff of the Philippines team who had entered the event. Discussions began about promoting Rugby League in Asia. I knew from being a regular traveller to Thailand that there was interest in the game there. I then employed a young Thai, Prae Kaewmungkhala who was on a working holiday in Australia to do some translation for me.

I then went to Thailand and had some discussions with some well connected friends and attended some Rugby tournaments. I met two other Bangkok based League enthusiasts in Ian Brydon and Andy Steel who were more than willing to get involved. The response was great so on my return I informed the Philippines Executive that a game could happen and here we are today.

RLP: How does Thai Rugby League plan to grow the game there?

AC: Growing the game is a long term process. We aim to get a small domestic competition running in late 2013 in the short term. In the long term we plan to start a development program called kids to stars. (National team is Thailand Stars). We have also been provisionally accepted to participate in the 2013 Student World Cup. We also plan to continue to play Internationals against other developing countries.

RLP: Have you been in contact with the RLIF about membership?

AC: Yes. The RLIF have fully supported this game and have provided the Asian Cup trophy for which both countries are playing for. Hoping to get Japan involved next year.

RLP: Is there a squad list for the upcoming international?

AC: There is a squad list but it cannot be announced yet as the players have not been told yet. Hope you can understand this.

RLP: Do you have some details on the upcoming international?

AC: Match is to be played at Royal Thai Police Stadium in Bangkok on Sunday 21st October. See poster attached. We would like to thank Andrew Charles for taking time out to answer Rugby League Planet’s questions. To keep up to date with the latest from Thailand Rugby League you can follow them via Facebook http://www.facebook.com/pages/Thailand-Rugby-League/114333208661058 or check out their website http://www.thailandrugbyleague.com