The Philippines National Rugby League (PNRL) is proud to announce a 2 year sponsorship deal with the Philippine Airlines (PAL) commencing in 2013.

The PNRL would like to thank Assistant Coach Mark De Ubago and Mr. Arnul Pan of PAL for their work in securing this sponsorship and the PAL TAMARAWS will live up to the high expectations, on and off the field as befitting sponsorship from the National Carrier. 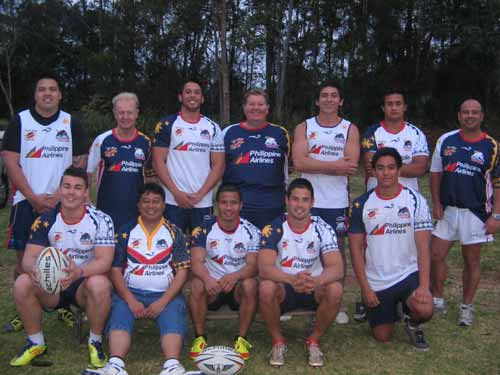 All PNRL players have finished their final training runs in Sydney and Brisbane and looking forward to fly out to Bangkok this Sunday the 14th October with PAL.

All Filipino-heritage players are excited to represent the country of their heritage in the first ever Rugby League International in South East Asia, in Bangkok on the 21st October and back up a week later at the Clark International 9s on October 27 to bring Rugby League to the Philippines