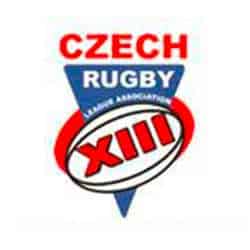 The results were a suprisingly easy victory for League leaders, Lokomotiva Beroun, away against the Vrchlabi Mad Squirrels in front of a crowd of several hundred on an extremely chilly afternoon in the Czech mountains, and a gripping struggle in Prague in which the Vikings edged out last yearâ€™s Czech Minor & Major Premiers, the Pardubice Jets, by a single point, thanks to a seemingly inexplicably potted David Dolak field-goal when the home team held a 1st half 14-6 lead. 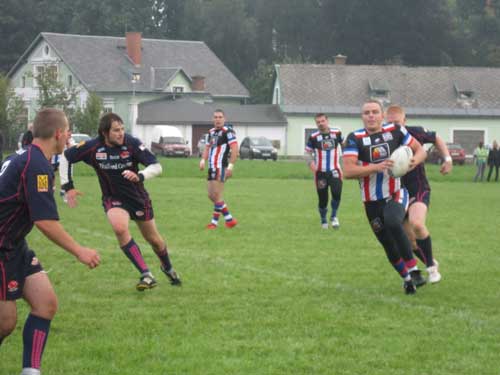 Scott, who has officiated a variety of different levels of international rugby league including European Cup and Shield fixtures, was impressed by the set-up in Vrchlabi, where the Mad Squirrels have established central Europeâ€™s 1st specifically designed rugby league playing facility. â€œThis is a great venue for rugby leagueâ€œ, he declared, â€œand I am not only impressed by the work that the CZRLA and the Mad Squirrels club have put in here, but also by the way that the local community has become involved, as can be seen by the crowd who have braved the conditions to be here to watch the home team today.â€œ

Scott was even more enthused by the quality of the rugby league played in Prague by the combatants in the 2nd match he refereed during a busy weekend.â€œYesterday I was impressed both by the way that Vrchlabi have progressed as a rugby league club and by the quality of performance Beroun that put in. But the game today went up another level, and the intensity and performances were comparable with any amateur rugby league standards I have been witness to, anywhere in the world.

Pragueâ€™s win consolidates their position in second place on the CZRLA 1st Division table, behind the undefeated Beroun, while Pardubice seem content to continue their rebuilding â€“ blooding 5 new players in the weekendâ€˜s narrow defeat â€“ after their 2011 squad was considerably weakened by the loss of several key players after they graduated from the local university and subsequently relocated away from the city. For Vrchlabi, preparations for an expanded CZRLA 1st Division in 2013 have already begun, nevertheless they are still intent on registering a win this season to ensure that their on-field exploits go someway to measuring up against their vastly impressive off-field rugby league development achievements thus far.

In the Czech 2nd Division, Mikulov, coached by national team captain, Petr Sedina, unleashed themselves ominously with a dominant display as the hosts of the most recent tourney. The Roosters have an impressive playing roster, the envy of most 1st Division CZRLA clubs, and have promised much this season without having delivered as strongly as was initially expected, not least by themselves. However as hosts, Mikulov opened the day magnificently, putting 54 unaswered points past the League leaders, Havlickuv Brod, during their 40 minute match, before convincingly winning both their subsequent matches against Usti nad Labem and the fast improving Chrudim Angels. The 2 Pavels â€“ Zemanek & Vrana â€“ both members of the 2012 Euro Bowl winning Czech team, led the way for the Roosters, with Otto Friedl also displaying a dazzling passing game, and goal-kicker Karol Gallo further enhancing his teamâ€™s scorelines with impressive conversions from all over the field. The performance of the host team takes them into third place on the 2nd Division ladder after the fourth of five 2nd division tourneys, and with the final tournament for 2012 to be hosted by Chrudim before a Grand Final is played as a curtain-raiser to the 1st Division Grand Final on Novermber 10, both of the early season 2nd Division pacesetters, Havlickuv Brod and Usti nad Labem, are feeling far from confident that their birth in that match is assured.