The Vanuatu Rugby League have confirmed that DNA Sports Science, an Australian based company that acts as a distributor for leading brands BodyScience, Victor and G Neo, have extended their sponsorship of the Vanuatu national rugby league team in the lead up to the Vanuatu vs Greece international to be played on Saturday 20th October.

DNA Sports Science were a proud partner of the successful Vanuatu national 9s team that competed in the International 9s in Sydney this past February and following on from that event General Manager of DNA Sports Science Gareth Philpott commented â€œIt is wonderful to be able to further our association with the Vanuatu Rugby League. We have seen them progress throughout the course of this year and although we are based on the Gold Coast (Australia), we believe that our assistance can be extremely valuable for the VRL and also for our brand awareness given that the Vanuatu national side have thousands of fans both in Vanuatu and in Australiaâ€. 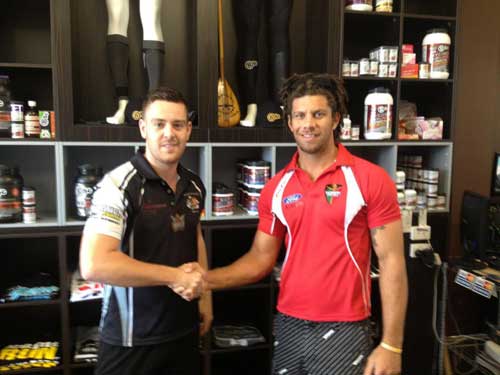 Commenting on behalf of the VRL, national team player James Wood stated â€œit is wonderful to think that in little under a year since our inception to rugby league that the VRL have been able to partner with such progressive and well branded companies. DNA Sports Science continues that trend and allows us as players to have all our requirements such as nutrition, supplements, recovery wear etc. provided for. On behalf of the players I am extremely grateful to Gareth and DNA Sports Science for their continued involvement with the VRL and hopefully this will continue well into the futureâ€.

As part of the agreement between the VRL and DNA Sports Science, the Vanuatu national team trainers will wear specially branded vests onto the field of play for the international against Greecein which DNA Sports Science will provide nutritional supplements such as protein and electrolyte products, along with compression garments to aid in the recovery from training and games.