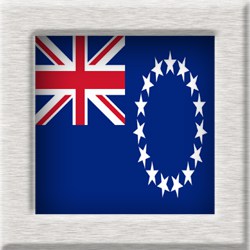 With around 400 days until the start of the 2013 Rugby League World Cup, Cook Islands â€“ who face Wales, USA and Tonga in Group D â€“ will take on Lebanon at the Crest Stadium, Bankstown, Australia, next Sunday, 7th October, in a warm up Test.

The clash will mark the end of a sensational world tour for the Cedars â€“ who narrowly missed out on WC qualification to Italy â€“ having played a match on every continent this year, a unique achievement in the sportâ€™s history.

They have already travelled to the Americas (facing Canada in August), Africa (Liban Espoir, the Under-20s, toured Morocco in July), Europe (Lebanon Under-18s played in Belgradeâ€™s August Youth Festival), and Asia (Lebanonâ€™s Under-16s, Under-18s and Under-20s have all played home series this year).

Lebanon come up against the 15th-ranked, UK-bound Cooks Islands for only the second time, their first meeting being in Wales during the 2000 World Cup, a thrilling clash that ended in a 22-all draw.

Cedars coach David Bayssari believes his charges have benefitted from undertaking such an extensive programme. â€œItâ€™s great to see new faces coming through the ranks and filling in the spots of seniors who have stepped down,â€ he said. â€œWith our new elite program and technical department functioning we hope to begin our march to the 2017 World Cup with this game, and build from itâ€.

Cook Islands coach David Fairleigh, who starred in Super League with St Helens, is keen to see his elite players in action in what is a rare opportunity to assemble the side: â€œThis game is good for our development leading into next yearâ€™s World Cup,â€ said the Newcastle assistant coach. â€œSince 2009 we have seen the Cook Islands team grow from mainly Toyota Cup and NSW Cup players into NRL players. As the profile of Polynesian players grows in the NRL it’s important for the game that the Cook Islands maintain a profile on the international stage.â€

LRLF COO Remond Safi noted, â€œIt is a great moment for Lebanese rugby league, with the Under-16s Harmony Cup the first event in which the LRLF is officially entering a team in Australia on the Saturday. I look forward to seeing all the activities that are unfolding out in Sydney with a link created back to the homeland.â€

Sundayâ€™s game will be preceded by Liban Espoir v Cook Islands U20.