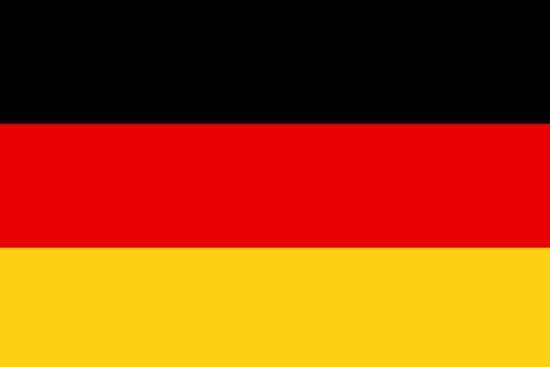 Rugby League Deutschland Development Manager Uwe Jansen was delighted with the start of what promises to be a highly valuable relationship for the sport in Germany.

â€œI want to thank John and the Warrington Wolves for giving us the opportunity to present ourselves,â€ Jansen said.

â€œIt was one of the best experiences German Rugby League has had. I am certain we will all profit from this partnership, especially the support for our youth development which is the key to long term success for the game here.

“Weâ€™ve installed a four year development plan for our boys, those born from 1996-1999.These players are the base of the first generation of Germanyâ€™s purely Rugby League playing seniors of the future.â€

Jansen is leading on the registration of Rugby League departments in local omni-sports clubs and the establishment of a youth league which will commence in September with under-16 and under-18 sides and will see a significant increase in participation and activity.

â€œRugby League in general must embrace the progress of the sport within Europe,â€ said Wolves Director of Youth Development Bastian, â€œand I would encourage other Super League clubs to create and develop partnerships that can help the progress of the game.

“On behalf of the club I would like to thank the Rugby League European Federation for giving us this marvellous opportunity.â€

His four-day trip gave him an insight into the culture, environment and German way of life and to gain an understanding of the stage of development Rugby League in Germany is at.

The areas of ongoing support will include: educating the coaches, providing tactical and technical knowledge, developing skills, supporting strength and conditioning and backing the junior development and community game.

“I found them and the youngsters to be very disciplined and very respectful in how they conducted themselves throughout my stay.

“They were very pro-active and, under the guidance of Uwe, are working hard to develop and progress Rugby League within the German sporting culture.

â€œWe at Warrington Wolves will look to help progress and educate Uwe and his team of coaches alongside the young players who show so much enthusiasm in wanting to improve their knowledge and understanding of the sport.

Bastian continued, â€œI must also mention that Serbia, who were involved in a two-game under-16s international series against Germany, were also a credit in how they conducted themselves throughout the festival.â€

RLEF General Manager Danny Kazandjian is keen to see the partnership evolve into something substantial over the coming years.

â€œWarrington has always been an enthusiastic supporter of developing the international game and we are really grateful for Johnâ€™s involvement,” he commented.

“Last year the Wolves hosted two players from Saudi schools, and we felt the club was the perfect partner for a more extensive collaboration with RLD, considering their focus on long-term youth development.

â€œEvery level of the game in Germany will benefit from this relationship and our first focus will be on ensuring that RLD establishes a structure that will ensure more German Rugby League players are participating more often than ever before. Thatâ€™s the priority. Further to that, Germanyâ€™s coaching personnel will benefit from the expertise of John and his colleagues.â€