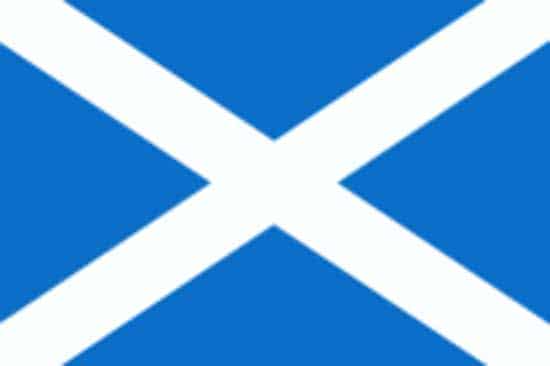 Scotland proved to be too strong for Wales with a seven try win to secure second place in the 2012 Community Game Four Nations.

Scotlandâ€™s quest to secure second place in the Community Game Four Nations got off to a good start after seven minutes. Scotland looked stronger from the kick off and dominated in the opening exchanges forcing two errors on the visitors at Sunnyside which they managed to convert into points with Craig Borthwick crossing under the posts after receiving a short pass from standoff Dave Vernon, Alex Stevens adding the extras.

Scotland were to repeat the process and forced further errors on Wales which they capitalised on creating space on the right flank to release Brad Massey who edged Scotland further in front within seven minutes of Scotlandâ€™s opener, Alex Stevens converted. A further seven minutes later Scotland crossed again through wing Callum Anderson after further handling errors from the Welsh, the game was starting to look a little one sided in favour of Scotland, Alex Stevens converted Andersonâ€™s effort. 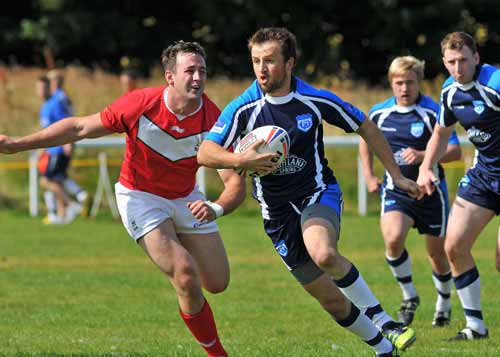 From the restart the now confident Bravehearts worked their way up the centre of the field and kicked on the last to the right wing, Fin Lamont came off better securing the high ball and planting the ball to score Scotlandâ€™s third within a minute of the restart. Alex Stevens couldnâ€™t convert. Wales fought back and ran close to scoring however the Dragonhearts hooker Connor Farrerâ€™s individual effort was chalked off by the match official who deemed him held up on the sixth tackle. Scotland responded with a rapid set of six culminating in a pass to the left wing allowing Fin Lamont to charge forward and score his second. Alex Stevens failed to convert.

Wales looked to have taken on board their half time talk and started with vigour and determination not to be out done by their Scottish counterparts. Connor Farrar put aside his first half disallowed try and ran from dummy half to score the opening points of the second half after one minute of the restart, Jacob Morgan converting. However that was to be Waleâ€™s only real effort until Scotland put the visitors further behind though Fin Lamontâ€™s third unconverted try.

The second half did prove to be more competitive with each team working hard to complete their sets and each team drawing level on the error count. Scotland were to break the deadlock with Ross Bryan exploiting a gap on the Welsh right flank and scoring his first International try on his depute, Jordan Rice converted. 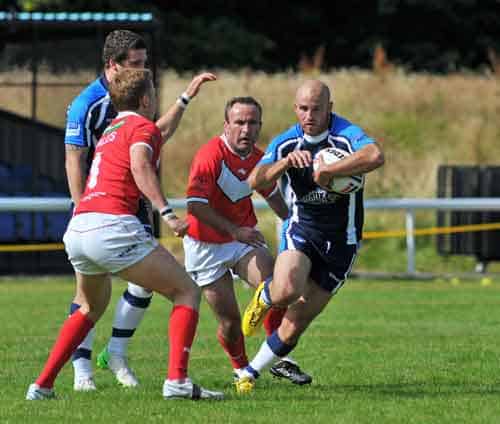 Wales were not to be left behind and absorbed the Scottish increasing pressure which allowed them to gain possession and work up the Scottish right flank. Quick hands gave Jordan Howells the opportunity to race clear and score on the right wing, no conversion.

Whilst Scotland had put in an impressive effort Wales were to have the last say. An error from Rupert Holt in the Scotland twenty metres handed Tylan Mafi an easy pick up which he ran in under the Scottish posts, Lee Harben converted on the stroke of eighty minutes.