History – Austria is a new Rugby League playing nation and continues the trend of European nations taking up the sport.

In 2006 Austria were involved in a development Tri-Nations series against Germany and Estonia. Austria narrowly went down to Germany 34 -32 in their first international rugby league game.

Austria’s second Tri-Nations game created history by being the first international rugby league game played on Austrian soil. Played at Partenion, Austria won the game beating Estonia 56 -32. Austria finished 2nd in the series but were unlucky not to finish 1st after loosing to Germany by 2 points.

On the back of their 2006 performance Austria were ranked 13th in the 2006 RLEF European rankings. The Rugby League European Federation released the rankings for January 2008. Austria were unable to regain a place among the 16 listed nations

As of 2011 there seems to be no rugby league activity in Austria.

Dear Readers, If you have first hand knowledge of the current Rugby League situation in Austria we would love to hear from you. Please email us at: webmaster@rugbyleagueplanet.com or join our international rugby league Forums at http://forums.rugbyleagueplanet.com and let us all know what’s going on in your part of the world. 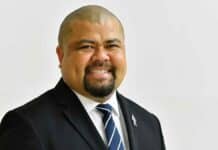 Fijian referee looks to set up rugby league in Austria