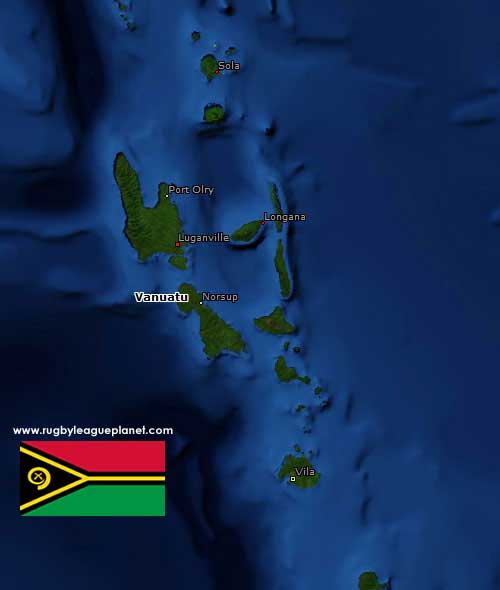 History – Vanuatu is a very new rugby league playing nation. Vanuatu Rugby League was formed in late 2011 and played their first internationals in the Cabramatta 9’s in early February 2012.

Vanuatu surprised everyone with their performance at the Cabramatta 9’s in 2012 where they made it to the final and were only beaten in extra-time. Upon their return home to Vanuatu the players were met at Port Vila airport by local reporters.

It is still early days for Vanuatu but plans are underway to develop a local rugby league competition in Port Villa and continue to grow the sport. It could only be a matter of years before we see a team from Vanuatu playing regular internationals against other Pacific Nations. Plan are already underway to host an international in late 2012.

Dear Readers, If you have first hand knowledge of the current Rugby League situation in Vanuatu we would love to hear from you. Please email us at: webmaster@rugbyleagueplanet.com or join our international rugby league Forums at http://forums.rugbyleagueplanet.com and let us all know what’s going on in your part of the world.