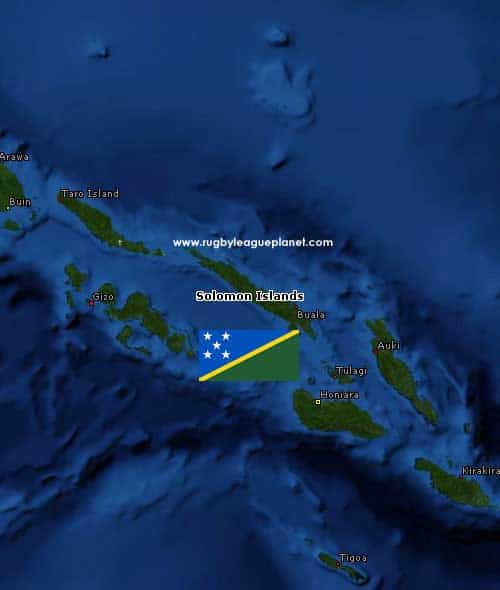 Top level domestic competition – To kick off in June/July 2009

History – The Solomon Islands Rugby League Federation kick started a rugby league competition in 1999 to give young people the chance to play another form of Rugby. Due to the political problems at the time the league failed to continue on and was shelved when Papua New Guinea Rugby Football League removed support.

In October 2008 it was announced that the SIRLF would be re-introducing a Rugby League competition in 2009. It is hoped that the Papua New Guinea Rugby Football League will once again form a partnership with the SIRLF to help the game grow and develop in the Solomon Islands. The SIRLF plan to become a member of the RLIF as part of rebuilding the game in the Solomon Islands.

In February 2009 the Rugby League International Federation (RLIF) advised that they will assist the SIRLF with the development of the sport. The assistance will be in the form of equipment and development officers which will visit the Solomon Islands later in the year.

In early 2009 Solomon Islands were unranked in world rankings but were awarded official observer status by the Rugby League International Federation.

As a sign of the rugby league growth taking place in the Solomon Islands, the local competition is scheduled to kick-off in August 2010 involving four team based around Central, East and West Honiara. The SIRLF are also looking to play an exhibition match in October 2010 against a touring New South Wales Police Rugby League team.

The pacific nation gets plenty of exposure to Rugby League via NRL and International games that are beamed into the Pacific via free to Air TV. The recent Rugby League World Cup will hopefully provide more funding to assist with the continued development of the sport in the pacific.

Dear Readers, If you have first hand knowledge of the current Rugby League situation in Solomon Islands we would love to hear from you. Please email us at: webmaster@rugbyleagueplanet.com or join our international rugby league Forums at http://forums.rugbyleagueplanet.com and let us all know what’s going on in your part of the world.