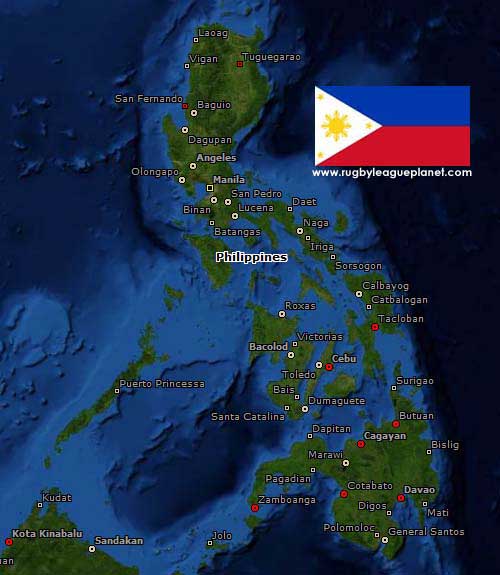 History – Philippines is a new rugby league playing nation. The Philippines National Rugby League (PNRL) was established in 2011 with a view of expanding rugby league further into Asia. The PNRL oversees the running of the national team.

The inaugural meeting of the board took place on the 11th of January 2012 in Sydney Australia, attended were Greg Cross, Michael Holt, Mark De Ubago, Erick Elefante and Rick Hartley. Their second meeting took place at the same place 5 days later on the 16th of January where the board was joined by Clayton Watene and Tas Bateri (RLIF International Development Officer). The board will be responsible for the running of Rugby League in the Philippines and any team playing under the auspice of the PNRL.

The Philippines national team played in their first international tournament, the Cabramatta 9’s in 2012. The national team went on to win the Bowl final.

It is still early days for the PNRL but they are looking to develop a local rugby league competition in 2012. It could only be a matter of years before we see a team from Philippines playing regular internationals against other Asian Nations. The PNRL are working towards being able to play in qualifiers for the 2017 Rugby League World Cup.

Dear Readers, If you have first hand knowledge of the current Rugby League situation in Philippines we would love to hear from you. Please email us at: webmaster@rugbyleagueplanet.com or join our international rugby league Forums at http://forums.rugbyleagueplanet.com and let us all know what’s going on in your part of the world.