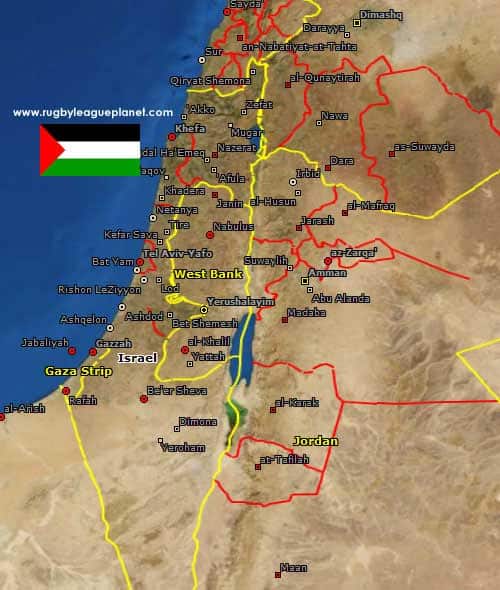 History – The Palestinian XIII Team, which first played last year, in a United Nations event, is formed by Palestinians playing in the Lebanese domestic competition, the Bank of Beirut Championship, and some who first learned the sport in the United Nations Schools and in the Refugee Camps.

The possible creation of a future Palestinian XIII team can be credited to a concerted effort to spread the game more widely amongst young Palestinians living outside of Palestine.

The future challenge however, will be to grow the sport domestically in Palestine so that they may independently operate without supervision from the RLEF. Only through way of local efforts will the sport ever secure a sense of permanency. To achieve this, recognition of the sport must be attained by the Government of Palestine, a task which is proving difficult.

Dear Readers, If you have first hand knowledge of the current Rugby League situation in Palestine we would love to hear from you. Please email us at: webmaster@rugbyleagueplanet.com or join our international rugby league Forums at http://forums.rugbyleagueplanet.com and let us all know what’s going on in your part of the world.