History – In November 2007 the British Asian Rugby Association (BARA) announced that they were going to assist with the development of rugby league in Pakistan. Working with Leeds University, Rugby League international Federation (RLIF) and the Rugby League European Federation (RLEF) they visited schools in Islamabad and provided training sessions for interested teachers and students.

Pakistan have had a team training with rugby league techniques in Islamabad since 2006.

In January 2009 the RLIF along with the BARA visited Pakistan again to provide further rugby league training sessions to teachers and students from several schools. Pakistan is still at a very early stage of rugby league development. It is hoped the future implementation of a schools based competition will provide the foundations for the sport in Pakistan for years to come.

In early 2009 Pakistan were unranked in world rankings but were awarded official observer status by the Rugby League International Federation.

The recent success of the 2008 Rugby League World Cup will provide further funds to develop the sport throughout the Asia. The Rugby League International Federation (RLIF) will now have more funds to invest in development officers and continue assisting rugby league’s growth. With the right support and the advancements made already Pakistan could have a bright future in rugby league.

Dear Readers, If you have first hand knowledge of the current Rugby League situation in Pakistan we would love to hear from you. Please email us at: webmaster@rugbyleagueplanet.com or join our international rugby league Forums at http://forums.rugbyleagueplanet.com and let us all know what’s going on in your part of the world. 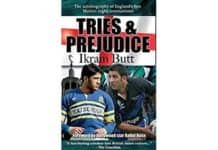