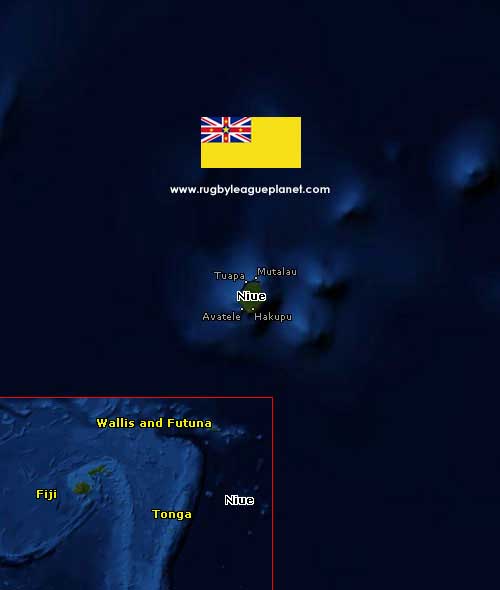 History – Niue is a small Island located in the Pacific. Niue have been playing rugby league since the early 90’s.

Niue’s first major international rugby league event was the Pacific Cup in 1992. The Pacific Cup involves other pacific nations along with indigenous teams from Australia (Aborigines) and New Zealand (Maoris). They performed well for a small nation with a shock win over Fiji.

In 2004 Niue played in the Pacific Rim Competition. Niue lost all their Pool games and did not progress to the finals.

Niue took part in the International 9’s held in Western Sydney on the 7th & 8th of February 2009 at Cabramatta Sports Ground. During the two day festival Niue were grouped with Tonga, Indigenous and NSW Universities. Niue registered a 6 – 0 victory over NSW Universities but failed to register another win missing out on the final.

In early 2009 Niue were ranked 29th in World seedings by the Rugby League International Federation (RLIF).

The pacific nation gets plenty of exposure to Rugby League via NRL and International games that are beamed into the Pacific via free to Air TV. The recent Rugby League World Cup will hopefully provide more funding to assist with the continued development of the sport in the pacific.

Dear Readers, If you have first hand knowledge of the current Rugby League situation in Niue we would love to hear from you. Please email us at: webmaster@rugbyleagueplanet.com or join our international rugby league Forums at http://forums.rugbyleagueplanet.com and let us all know what’s going on in your part of the world. 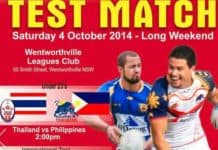 Niue Rugby League will take on Philippines in October