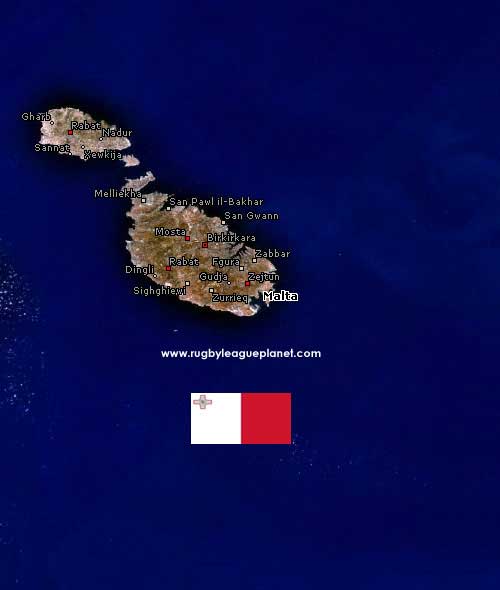 Malta took on Greece in 2005 at Sydney’s Fairfax Community Stadium. Greece snatched defeat from the jaws of victory letting Malta score in the dying minutes to win 24 – 22. Later that month the first international rugby league match was played on Maltese soil. The touring England Lionhearts were no match for the Knights. Televised on national TV Malta put on a encouraging display defeating the Lionhearts 36 – 6.

The first rugby league competition to be played in Malta kicked of in October 2007. Six teams were involved in a 9’s formatted competition.

After the completion of the competition the best Maltese players were selected to represent Malta in a friendly against the British Royal Corp. The Maltese team included 10 local players. In a tough game Malta came home strong on the back of some Jarrod Sammut brilliance to win 34 -24.

In early 2008 the Rugby League European Federation (RLEF) released European seeding with Malta ranked 12th out of 16 European nations. This was an improvement on their previous ranking of 16th in 2006.

In August 2008 the RLEF announced that Malta would be assigned a development officer to continue with the growth of rugby league in Malta. The development officer “Anthony Micallef” is tasked with establishing an ongoing Rugby League Championship and taking the sport to the next level in Malta.

In November 2008 Malta Rugby League applied for official recognition from the Malta Sports Council. If approved this will help the MRL with introducing rugby league into local schools and obtaining government funding.

In early 2009 Malta were ranked 27th in World seedings by the Rugby League International Federation (RLIF).

The recent success of the Rugby League World Cup will provide further funds to develop the sport throughout Europe. The Rugby League European Federation (RLEF) will now have more funds to invest in development officers and continue assisting rugby league’s growth. With the right support many more nations including Malta could possibly be involved in the 2013 Rugby League World Cup qualifiers. It is hoped that the establishment of a local competition will assist with raising the profile of the sport in Malta.

Dear Readers, If you have first hand knowledge of the current Rugby League situation in Malta we would love to hear from you. Please email us at: webmaster@rugbyleagueplanet.com or join our international rugby league Forums at http://forums.rugbyleagueplanet.com and let us all know what’s going on in your part of the world.