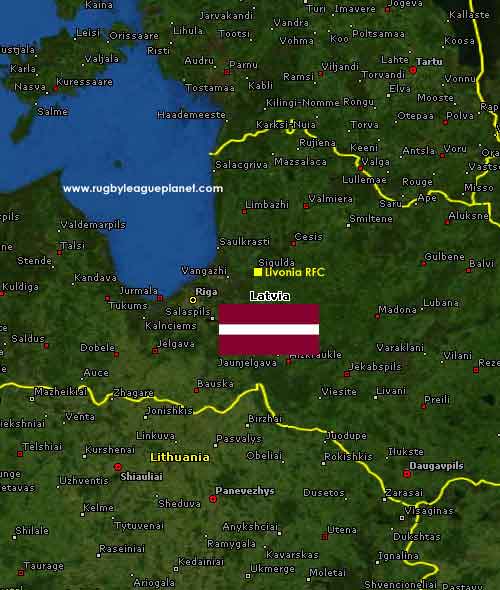 History – Latvia is a new rugby league playing nation and continues the trend of European nations taking up the sport. Latvia currently have one club established in 2007 called the “Livonia Rugby Football Club”.

In February 2007 a delegation from the RLEF visited Latvia to assist local parties in setting up the Latvian Rugby League Federation.

At the beginning of 2008 Estonia were unranked in the Rugby League European Federation (RLEF) rankings.

Latvia, Ukraine and Estonia took part in a European Bowl in 2008. Due to visa issues Ukraine had to forfeit games. Latvia were once again to strong for the Estonian’s winning 62 – 10 and taking out the inaugural European Bowl.

The recent success of the Rugby League World Cup will provide further funds to develop the sport throughout Europe. The Rugby League European Federation (RLEF) will now have more funds to invest in development officers and continue assisting rugby league’s growth. With the right support many more nations including Latvia could possibly be involved in the 2013 Rugby League World Cup qualifiers. Latvia will need to introduce more rugby league clubs and setup a local championship if they wish to play in the qualifiers.

In early 2009 Latvia were ranked 21st in World seedings by the Rugby League International Federation (RLIF).

Lativa along with Estonia and Ukraine took part in the European Bowl again in July/August 2009. Lativa could not make it two title in a row losing to Ukraine in the final. This also co-insided with the inaugural Latvian Championship.

Dear Readers, If you have first hand knowledge of the current Rugby League situation in Latvia we would love to hear from you. Please email us at: webmaster@rugbyleagueplanet.com or join our international rugby league Forums at http://forums.rugbyleagueplanet.com and let us all know what’s going on in your part of the world. 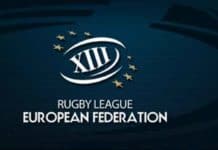