The 27-year-old forward, a Gateshead Storm junior, was the Thunder’s most improved player in 2008.
“Getting the call up to represent Malta is a great honour. It will cap off a great season for me, getting my first taste of Championship rugby, getting to the quarter finals of the Challenge Cup and now getting the chance to play International rugby” said Parker of the call up.

RLEF Malta Development Officer and Malta caretaker coach Anthony Micallef said “Luke Branighan (Malta international and current Gateshead Thunder player) told me about Chris being eligible for Malta. Chris then got in touch with us (Malta Rugby League) and I’ve been keeping tabs on his progress”

“Chris becomes a part of the Malta Rugby League at an exciting time in its early development, but these fixtures, starting with the October international, are part of the World Cup preparations which we are working to be a part of in the coming years”

Micallef said the third British tour to the Maltese Islands this year would be a special occasion on many levels and not only for the Gateshead debutant.

“Malta’s opponents will use the tour and match as a part of their club’s silver anniversary celebrations on the island. It will be the 25th anniversary of the Bamber Bridge club but there is no doubt that the Maltese will be out to spoil their party” 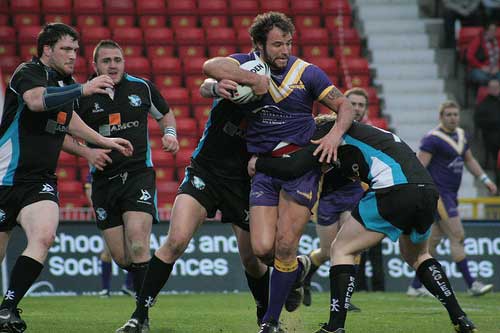