The semi-finals of the World Cup had two very different games with two very different dynamics. On one hand you had England trying to restore some pride against a New Zealand team gaining momentum with every game they play. Then on the other hand you had one of the success stories of the World Cup Fiji, who had already won by making it into the semi-final in the first place taking on the might of Australia. Both games didn’t disappoint in the entertainment stakes.

On Saturday night at Suncorp Stadium in front of over 26,000 fans England and New Zealand played “the rematch” to see who would qualify for the World Cup Final. England had much riding on this game as the English and Australian press had been death riding the team since there slow start against PNG in the opening game of the tournament. Having under performed in the previous three games, England needed to win this game not only to book a place in the final but also silence the critics and restore some pride. New Zealand on the other hand had beaten the English the week before after being down 24 – 8 at half time. The Kiwis had already tinkered with the team and had moved Fein into halfback which provided New Zealand with a much better attacking structure. New Zealand were confident they could knock over the English again and book a spot in the final as the 2nd best team in the tournament.

England were in trouble early in the first half as New Zealand ran in three tries to go ahead 16 – 0. England clawed back with a spectacular try by Danny McGuire just before halftime to put England back in the game 16 – 10. England stuck with the kiwis throughout the 2nd half but could not make up for the slow start in the first half. Eventually New Zealand booked a place in the World Cup Final for the 3rd time since the inception of the World Cup in 1954. England came out to Australia as the best prepared English team in History but by the end of the tournament made History for being the most disappointing.

In the other game Fiji were playing in their first ever World Cup Semi-Final. Back home in Fiji the nation was getting behind the team with a street party planned and reports that the local TV provider had run out of Satellite dishes in the lead up to the game. Comprised of park footballers, NRL and Super League players Fiji had already over achieved by making the semi-final. It was now down to some divine intervention if Fiji were to create the biggest upset in one hundred years of rugby league. But it wasn’t to be as Australia were up by 22 points after 22 minutes. To the Fijian’s credit they played their hearts out but were never on the same level as the Australians. In the end Australia kept Fiji scoreless booking a place in the final against the Kiwis winning 52 – 0. The 52 – 0 margin was the best performance the Fijian’s had ever put in against Australian in a World Cup.

In the semi-finals the best two teams prevailed securing their place in the World Cup Final. Australia showed weaknesses against the Fijian’s which Kearney and Bennett will be keen to exploit. If New Zealand are to hold up the World Cup trophy on Saturday they will need to bring their best game to the final. New Zealand showed in 2005 that they have what it takes to rattle the Australianâ€™s. The Kiwis have what it takes to make history and lift the cup for the first time. It’s now up to the Australian’s to make sure they don’t bring their worst game to the final. The World Cup has had many surprises over the last 3 weeks. The divine one might have one surprise left for rugby league fans around the World, the end of Australia’s World Cup domination. 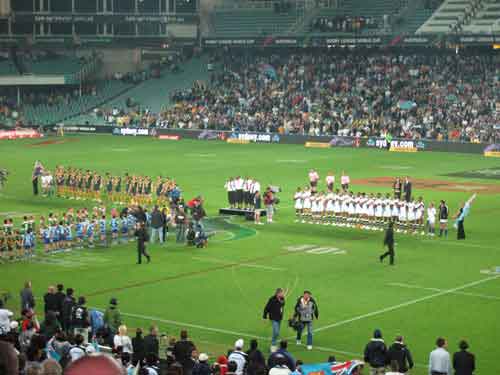 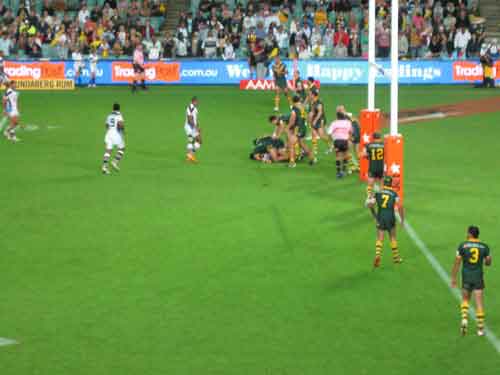