Lead by Stanley Gene, Papua New Guinea put in one of the most courageous efforts seen in international rugby league for some time. The English were in shock as Papua New Guinea put on the razzle-dazzle to lead England at half time 16 – 12. Just after half time Papua New Guinea were denied a try, which would have put them in front by 8 points. This was a turning point in the game with England bouncing back to level the scores in the 51st minute. England scored again in the 58th minute to take the lead and the “get out of jail free card” to win the game 32 – 22.

On Sunday afternoon in Canberra, the Australian capital, buoyed by the success of the Catalan Dragons in the European Super League, France took on a Scotland side determined to prove they deserved their place at the World Cup. In a great start to their World Cup campaign France proved too strong for the Bravehearts defeating Scotland 36 -18. To Scotland’s credit they never stopped trying and showed patches of brilliance. Scotland showed they have bucket loads of passion, which will be needed if a Scottish semi-pro rugby league club enters into the English National League in a few yearsâ€™ time.

On Sunday evening the spotlight turned to Sydney for the official opening ceremony and the two super pool contenders Australia and New Zealand. In what started with much promise but ended with the Kiwis being outclassed in every aspect of the game. Australia all but secured the top spot in the Super Pool defeating New Zealand 30 – 6. Australia’s dominating display will have Tony Smith’s English team hoping god can save more than just the Queen next week when they meet in Melbourne.

On Monday night the final game of the opening round of the World Cup took place west of Sydney at Parramatta. In the most exciting game of the first round Ireland and Tonga put on an entertaining display keeping fans on their toes with the lead changing 7 times throughout the match. The game had it all with one of the longest drop goals, two sin binning and a number of big hits to keep the fans on the edge of their seats for the entire 80 minutes. Ireland looked like they had the game in the bag until a 40/20 by Mateo in the 73rd minute set Tonga up for a try putting them back in front 22 – 20. Ireland had many opportunities to put Tonga away throughout the game but mistakes and bad options kept Tonga in the game.

The opening round of the World Cup has provided the competition with the start it required. It is now in the hands of the players of the 10 competing nations to produce the upsets, acts of bravery and displays of brilliance to carry the tournament all the way through to the final in Brisbane. It will also throw a spanner in the works if England can upset the Australian’s in Melbourne next week. 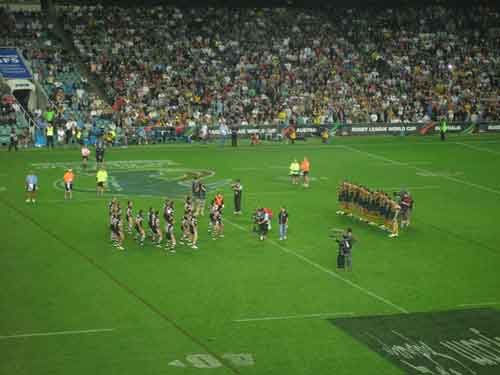 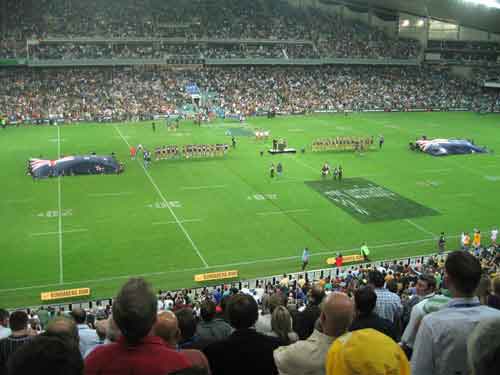